Imagine not being able to speak... To say I love you or oww that hurt. Well this is a reality for my little boy. Cian is Autistic and also non verbal. He goes to school like a regular little boy but one thing is missing, he cant speak. But now from amazing new technology Cian can speak to us through a computer. He will be able to do anything that he wants and be who ever he wants to be. But as always this comes at a price. We need to raise £3000 for this fantastic device to be given to him permanently. He has it for only two weeks at the moment but already hes told us that he feels sad, he wants milk and so much more... And that's all in one day! Imagine what he could do with it if he had it longer. We will be setting up loads of fund raising opportunity's but I'm always after new ideas so please get in touch. And if you can only spare 50p. That will go along way in giving my little boy at last his voice. If we do mange to raise over the £3000 which would be wonderful I would love to make this available to children in our local area who needs it. We will of course be applying for funding but if cians gets it all money raised would then go back into the fundraiser to get another device for our local area!! So one will also be given to our local speech and language team. Come on guys lets do this!!!!!

HFE’s Free Banner will assist with campaigns and events to raise much needed funds for the charity. 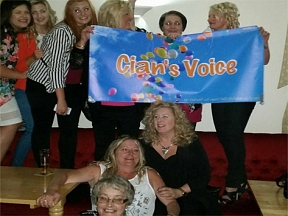 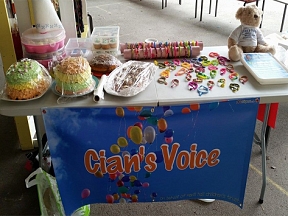